Client was charged with slapping and choking his estranged common-law wife, threatening to beat her with a broom, and punching a hole through a door… all in front of their four children.  Joel obtained the wife’s family Court filings and, over a two day cross-examination, used them (along with medical records and photos taken by police) to establish that she was not a credible witness.  He cross examined the couple’s son only as much as was strictly necessary to undermine his reliability.  The client was acquitted.

Client was charged with a brutal assault on his wife. At the end of a lengthy trial, the trial judge acquitted the client on the basis of self defence, after noting that “[a] cursory examination of this case would lead one to question how [the client’s] actions could ever be reasonable.  After all, [the client] clearly is the larger of the two parties – he is at least a foot taller and, though not broad, he is larger than the diminutive [complainant].  Further, the photographic evidence of her injuries was shocking – two very black eyes swollen completely shut, and extensive blood on her face.  I confess, at the outset of this case I too wondered whether the Crown would have much of a hurdle to overcome in disproving the defence beyond a reasonable doubt.  Fortunately, however, judges don’t make their decisions at the outset but only after they have had an opportunity to hear and fully consider all of the evidence.”

Client was charged with assaulting his wife.  At the time of the arrest, police seized firearms from the house.  After lengthy negotiation, the client entered into a short peace bond, and the Crown withdrew the charge.  The Crown also withdrew its weapons forfeiture application, clearing the way for the client to get his guns back.

Client was arrested in his home, and charged with assaulting his wife.  Joel met repeatedly with the Crown, and negotiated a result where the client attended for counselling, after which the charge was withdrawn, without any admission of guilt, or peace bond.

Client’s wife accused him of hitting her and raping her. This was in the middle of divorce proceedings, and the client’s job depended on him having no criminal record.  Client had also made admissions to police.  Joel got client enrolled in anger management, and negotiated the withdrawal of all charges, in exchange for signing a peace bond, without making any admission of liability.

Client was arrested at his girlfriend’s place of work, where she alleged he had slapped her, and pushed her down, twice.  After Joel obtained a video recording that contradicted police notes about the client, the Crown withdrew the charge.

Client’s sister called 911, after an argument between the two of them led to a physical altercation, which ended with the client striking the complainant repeatedly with a broom handle, resulting in visible injuries.  At trial, Joel established that the client had acted in self defence, and the charges were dismissed. 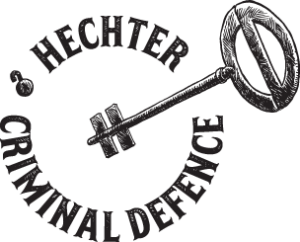